The devel­op­ment of catalysts to increase the chemi­cal efficiency or to find completely new chemi­cal reactions has found great inter­est. For this a wide variety of ligands are needed.

The doctoral is super­vised by Hector Fellow A. Stephen K. Hashmi and aims at devel­op­ing new ligands that are based on the formal double depro­to­na­tion of 1,3‑diketones and thereby enlarg­ing the chemi­cal space of known ligands. For this new synthetic methods have to be found and the obtained ligands have to be tested and characterised.

Catalytic Reactions enable many energy efficient chemi­cal reactions. Also a small amount of a catalyst instead of a stoichio­met­ric amount of an activa­tion reagent can be used which strongly cuts waste produc­tion. Urgent problems like climate change and increas­ing resource short­age highlight the impor­tance of devel­op­ing new catalyst to mitigate these problems. The choice of the ligands at the active metal centre is essen­tial for the catalytic proper­ties. The most impor­tant influ­ences of the ligands are steric and electronic parameters.

The doctoral is super­vised by Hector Fellow A. Stephen K. Hashmi and aims at devel­op­ing new ligands that are based on 1,3‑diketones to enlarge the chemi­cal space of known ligands towards more electron rich ligands. First synthetic routes have to be found. There­after the obtained ligands have to be charac­terised by deter­min­ing their steric and electronic influ­ences as well as perform­ing catalytic tests with them. Due to the shapes of the molec­u­lar orbitals of 1,3 diketones they are 4e-donors which is in contrast to common carben ligands that are only 2e-donors. This in combi­na­tion with their, relative to the central donor atom remote heteroatoms, leads to the conclu­sion of them being extra­or­di­nary electron rich. By varying the residues, the steric demand can be widely tuned. There­fore it is to be antic­i­pated that the new ligands can be used to make catalysts with increased activ­ity and new selectivity. 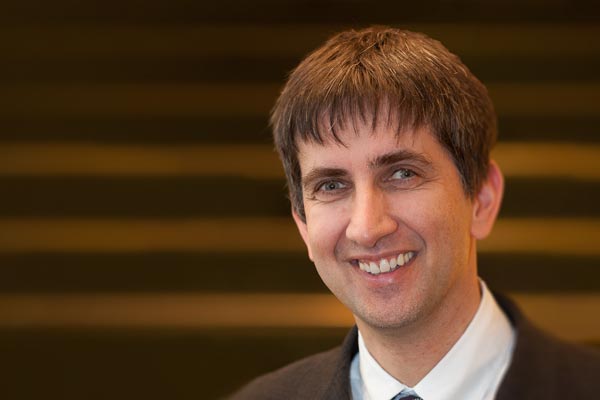 Back to the overview5