Through the award, outstand­ing scien­tists will not only be supported within the frame­work of their submit­ted research project, but will also be able to draw on a valuable network as part of the scien­tific commu­nity in the Hector Fellow Academy. In addition, they gain visibil­ity for their research and support in recruit­ing young scientists.

Objec­tives and Scope of the Funding

Since 2020, the Hector Fellow Academy offers the oppor­tu­nity to apply for the Hector Research Career Devel­op­ment Award (Hector RCD Award). W1 assis­tant profes­sors (with or without Tenure Track) and junior research group leaders in similar positions in natural or engineer­ing sciences, medicine or psychol­ogy, who work at German univer­si­ties or research insti­tu­tions are encour­aged in further strength­en­ing their indepen­dent research.

The Award is endowed with 25,000 € and includes, among others, additional funding for one doctoral position. It is awarded annually to 3 scien­tists. At least 50% of the awards each year are reserved for female scientists.

The Hector Fellow Academy is pursu­ing the follow­ing goals with the Hector RCD Award:

The researchers honored with the Award will be accepted for five years as members of the network of top scien­tists of the Hector Fellow Academy, which is composed of Hector Science Award winners and excel­lent young researchers. This member­ship entitles the Award winners to submit appli­ca­tions for further funding formats, e.g. for the organi­za­tion of workshops/conferences or the presen­ta­tion of a Speak­ers Award. 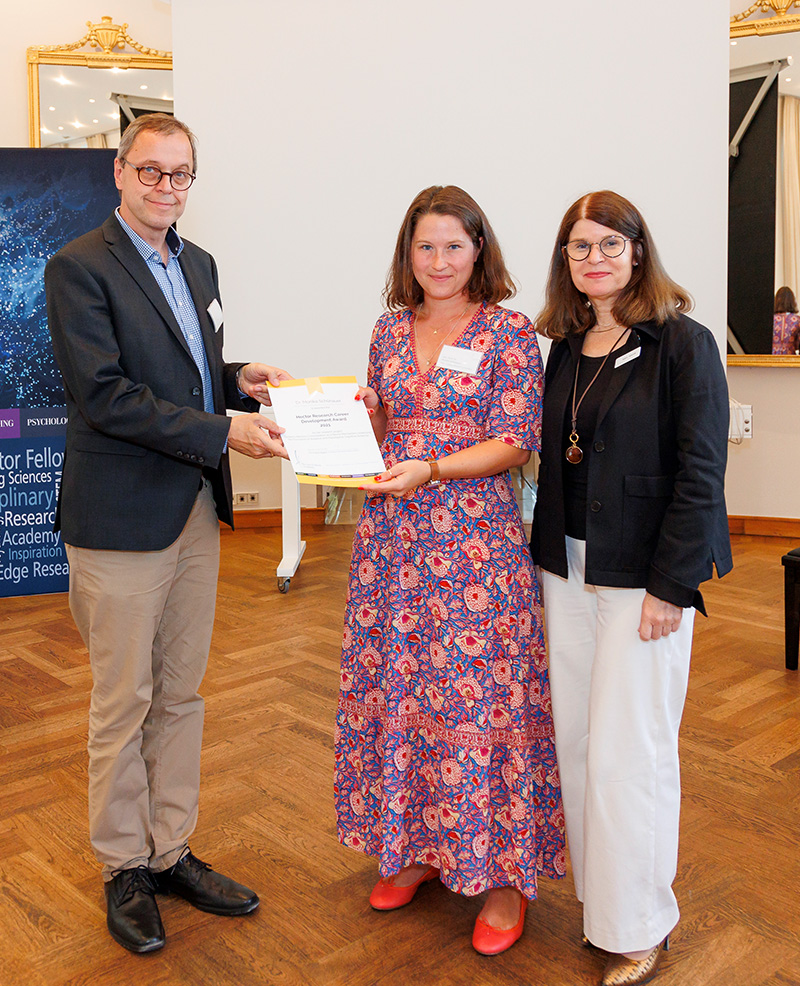